Behind the Pollie: Part 1 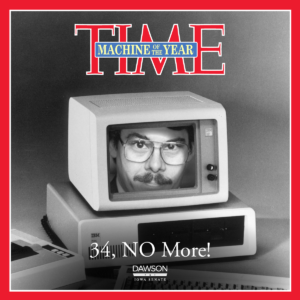 Mike Gronstal was a career politician who needed to go. He got his start as a state representative in 1983 before being elected to the Senate two years later in 1985. He also served as the chairman of the DLCC, a national organization to elect Democratic state legislators.

By 2016, he was serving as the Senate Majority Leader and as chairman of the Rules and Administrations committee. As a politician, he was as established as they come.

Until Dan Dawson entered the scene.

and social media shop was still freshly created but ready for a challenge. Social platforms were changing the way people interacted with politics and the team was ready to take on the unique challenges in innovative ways. Added to traditional campaign tactics such as TV and mail, it could make any campaign pop.

Victory brought Charlie Puyear, Joe Lakin, and Brian Dumas to the table with the Iowa Senate Majority Fund. Together, they came up with the slogan “34 No More!” and began fleshing out the visual component of the campaign, such as throwback pictures with a much younger looking Gronstal and the technology and cultural iconography of the ’80s.

A lot had changed since Gronstal’s ‘82 election. The year he went into office was the year of Michael Jackson’s Thriller, E.T., and New Coke. And just like New Coke, Mike Gronstal’s time in office brought changes no one wanted. He raised taxes consistently and supported the expansion of government’s role in Iowa lives. 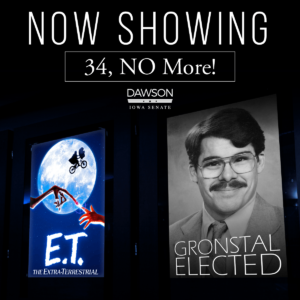 With rising debt and wasteful spending, Gronstal’s leadership was an easy target for conservatives; and a great shot for Victory Enterprises to flex some creative muscle.

“We were hired to do a job and we more than got it done,” said Joe Lakin of the project. “In some shops, creative work can be detached from the result but our team created a really cohesive, consistent campaign that used creative elements extremely well to create our victory.”

The images people got used to seeing online were popping up on campaign collateral around town. Signs went up with the famous picture of Gronstal’s younger, 1983 self and the catchy slogan “34 No More!” Between Facebook and Twitter, a custom microsite, barn signs and banners, the slogan and the message became hard to forget, which translated into a win for Dan Dawson. 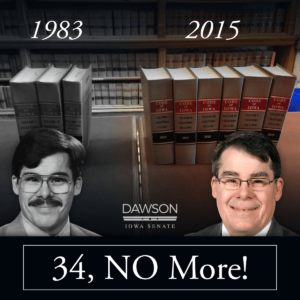 “We believe in taking a holistic approach to media, focusing on the candidates using the right mediums for their race,” says Joe Lakin. “34 No More was a reflection of our philosophy that every client deserves an integrated, specialized, and innovative campaign and we proved the model works.”

For his first full year with the company, Charlie was ecstatic about the success of the Dawson campaign. “Through our incredible creative, web and digital management teams, we are delivering the best digital campaigns for clients at every level,” said Charlie Puyear, Director of Digital. “34 No More was an integrated campaign with online and offline elements that drove key messages and, most importantly, delivered victories for our clients.” 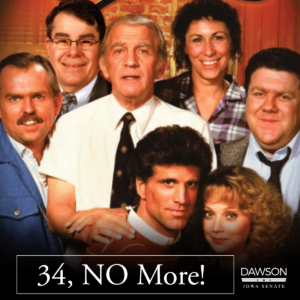 The greatest confirmation of a job well done, other than election night success, is recognition by other industry leaders and peers. The 34 No More digital campaign brought Victory Enterprises our first Pollie award for Best Overall Digital Campaign.

Victory Enterprises is dedicated to providing a high-quality, specialized product that makes our client’s life easier as they navigate the difficult world of campaigning. Whether you’re in a political race or launching a corporate campaign, we’re here to help you win the right way.