Victory Enterprises is pleased to announce our team is expanding!  Josh Ward is joining the team as a consultant for our East Coast operations.  Josh brings years of experience working with causes, corporations, and campaigns and we’re thrilled to have him on our team.

Prior to joining Victory Enterprises as a consultant in North Carolina, Josh Ward was Director of Regional Public Affairs for the National Association of Manufacturers (NAM) where he helped manufacturers across the country advocate for federal public policies that would spur economic growth in the industry. Through his work with the NAM and Charlotte-based advocacy group, Forward Charlotte, Josh had the opportunity to work closely with Victory Enterprises and see the company’s impressive capabilities firsthand, which led to his interest in joining the Victory team.

Long before Victory and the NAM, Josh got his start in politics working on the campaigns of several North Carolina politicians before serving on the official staff of U.S. Senator Richard Burr. As a regional representative for Senator Burr, Josh served as a liaison to all public and private sector constituent groups and was responsible for building out the Senator’s on-the-ground presence. By actively pursuing opportunities for the Senator’s office to get involved in business, community, and economic development, Josh developed a reputation of accessibility, professionalism, and thoughtfulness in his approach to helping North Carolina businesses, communities, and constituents. 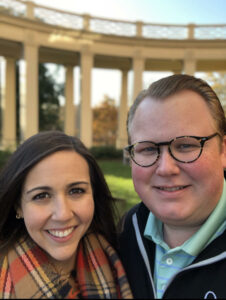 Josh is a graduate of Wake Forest University, an advisory board member of the North Carolina Manufacturing Extension Partnership, a member of the Charlotte City Club, an avid sportsman, admirer of craft beer, and golf enthusiast. He resides in Charlotte, NC with his fiancé Nicole and their rambunctious dachshund puppy, Franklin.